This blog will guide

1 - How to install Zookeeper on Linux/Mac.

2 - How to install Apache Kafka.

3 - Commands to produce and consume message on Kafka. 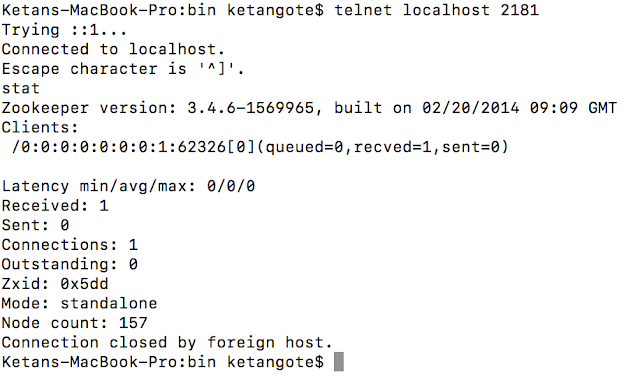 
Commands to Produce and Consume message on Kafka

Popular posts from this blog

By Anagha Kulkarni June 26, 2017
We have seen how to setup on your linux machine here , now we will see how to perform basic CRUD operations using Spring Data & Redis server We will be creating a simple application that would persist an employee information into redis database. You will be needing certain JARs like jedis.jar, spring-data-redis.jar etc details of which you can download and view at https://github.com/meta-magic/RedisCRUDexample.git  First of all we will be creating the Employee entity, plz note that we are using the Serializable interface which automatically mapps the objects against the key. Employee.java import java.io.Serializable ; public class Employee implements Serializable { private static final long serialVersionUID = - 8243145429438016231L ; public enum Gender { Male , Female } private String id; private String name; private Gender gender; private int age; public String getId () { return id; } public void setId ( String
Post a comment
Read more

By Ketan Gote May 22, 2017
In this write-up we will focus on Service Registry – Eureka Server Rest service (auth-service application, eureka client) which register itself to registry. Web application which consumes Rest service using service registry. Service discovery  allows services to find and communicate with each other without hardcoding hostname and port. Eureka Server In spring-boot application enable the Eureka-Server by adding @EnableEurekaServer annotation to spring boot application. We have put all the configuration on GIT and this is accessed using config-server. To now more about centralized configuration (config-server) click  here eurekaserver.yml Place below bootstrap.yml in application, it basically connects to config-server and gets it required configuration. Start the spring-boot application and access eureka server using http://localhost:8760/ you will get below screen. Right now there is no application which is registered to e
Post a comment
Read more

By Anagha Kulkarni June 12, 2017
“ Redis is an in-memory key-value store known for its flexibility, performance, and wide language support” Inorder to install redis on your machine you need ubuntu 16.4 and a non-root user with sudo privileges to perform the administrative functions required for this process. Download and Extract the Source Code Create a tmp directory cd /tmp Download the latest stable version of Redis curl -O http://download.redis.io/redis-stable.tar.gz untar tar xzvf redis-stable.tar.gz Move into the Redis source directory structure that was just extracted cd redis-stable Build and Install Redis Now, we can compile the Redis binaries by typing make After the binaries are compiled, run the test suite to make sure everything was built correctly. You can do this by typing: make test This will typically take a few minutes to run. Once it is complete, you can install the binaries onto the system by typing: sudo
Post a comment
Read more